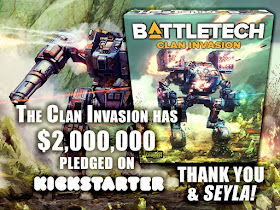 As I write this, there are 28 hours left, and over 9500 backers had pledge $2.14 MILLION for the Clan box --- enough money to make it one of the top crowdfunded games in recent memory. It has been a smashing success on all levels.

I can't supply much in the way of behind the scenes, as this is all way about my pay grade, but I do know that the Catalyst people are beyond happy. Because this is more than just a Clan Box supplement -- This is BattleTech standing on top of a mountain peak and screaming, "I'M BACK!!!"

So, what does this mean for the people at Catalyst and the Freelancers for the coming year? A lot of work for everyone -- artists, 3-D modelers, writers, layout people and the company's brain trust. There is a lot to be done, and it's going to take some time to get everything sorted out.

As you can see from these sketches below from the Kickstarter page, there is a lot being down now, even before the campaign is over. there's close to a hundred 'Mechs that need to be redesigned, modeled, molds created, and minis produced. And the other stretch goals (Including a Plush Urbie!) -- I have never seen so much being offered for a Kickstarter. 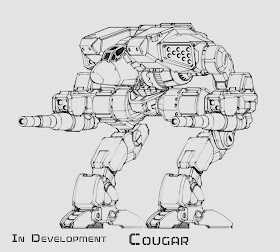 For me, the most interesting thing among the stretch goals is the Magazine. I do know it's been discussed for a couple of years now, (Between me and someone else with ties to the Catalyst brain trust), But as to what will be in it and any details, it's too early to say. From my own, personal perspective, I want this new Mag to be fiction heavy -- mostly stories with a few game-related items to round it out.

Why do I feel that way? BattleTech is almost unique among sci-fi universes in that for most of it's existence, it has been a fiction-driven game. After FASA closed and the game jumping ahead 70 years to help set up the MechWarrior click-tech game, when Catalyst took over the game, the lack of Novels crippled the game. The only source for Jihad-era fiction was Battlecorps, and short stories were poor substitute for novels.

But now that fiction again become the driving force the BattleTech universe, it would be on oversight to forget about short stories. Many stories in BattleTech, small characters moments and stories are not suitable for a novel or novella. I am a firm believer of stories all across the era and at all levels -- short stories, novellas and novels. Short stories are the perfect vehicle to discover and develop new writers for the Universe. 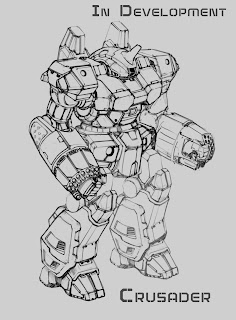 The details about the magazine are still far from being decided. Loren in the first AMA said it would be a ". . .living project. We can keep adding or subtracting to form it into what you (the fans) want."

I have my biases -- I want the fiction to lead in the magazine, to make the magazine appeal to the widest group of readers possible. I personally want to see 80/20 split between fiction/game material.

But it comes down to the Powers That Be, and their decision. All I can do is make my opinion known and hope it has some influence on their decision. In any case, I am happy to see the magazine finally become a reality. It has been around as a concept for a couple of years now. I don't know how long or what form this magazine will take, but we now have four issues to get it right. I really hope we can, because this could be a great addition to the product line, and a way to draw in new people to the game.